Game observation or home surveillance. A lot is possible with wildlife cameras!

Protection of garden and property: When burglars fall into the photo trap
They were actually designed to catch fox and hare in the act: wildlife cameras. Tailored to the needs of hunters, the wildlife cameras with their motion sensor and self-timer, infrared sensor and SD function also have plenty of features that are being discovered not only by hunters and foresters but also by more and more private individuals. For example, wildlife cameras are often used to observe animals in one's own garden, because it is simply exciting for many people to find out what animals are prowling around there at night: Whether it's deer in the flowerbed, herons stealing fish or raccoons raiding the rubbish bin. Thanks to their ability to photograph inconspicuously, wildlife cameras are also ideal for monitoring the property. Especially now, in autumn and winter, when it gets dark early, burglars are in high season.

Motion sensor, infrared sensor and camouflage look: The many advantages of a wildlife camera

The great advantage of wildlife cameras lies in their motion sensor, which activates the camera precisely when an animal - or a human being - walks in front of the lens. Because wildlife cameras do not record around the clock and do not create videos, but instead take photos or continuous images, they require much less storage space and have a longer operating time or lower battery consumption than a conventional surveillance camera.

For wildlife observation with a wildlife camera, you should use a camera with an invisible flash. This is offered, for example, by the following wildlife camera. Here, the flash radiates at a wavelength of 940 nm, which is no longer visible to the wild animal. The disadvantage here is a somewhat shorter range.

Our BRESSER surveillance camera with 120-degree PIR motion sensor and invisible infrared flash, for example, comes in a well-disguised camouflage look and takes photos up to 16 megapixels - in colour by day and monochrome by night. The game camera even produces full HD 1080P videos, optionally 10 seconds or 5 minutes long. The low power consumption ensures long use without having to constantly change batteries: Up to 6 months of operation in stand-by mode are possible without any problems.

For home use or home surveillance, a game camera with 850 nm flash is recommended. This increases the range of the wildlife camera and the IR flash is only slightly visible due to a slight glow of the LEDs. This glow is only visible when you look at the wildlife camera. It is therefore advisable to mount the game camera a little higher and hidden.

Where may you use and attach a wildlife camera?

For home use or home surveillance, a game camera with 850 nm flash is recommended. However, you still have to abide by a few rules, because the privacy and personal rights of third parties must not be violated.

All camera shots that extend beyond the property boundary are thus prohibited. You are not allowed to record the pavement or the road in front of the garden fence or the garage entrance shared with your neighbour (for example, in the case of semi-detached houses). In the case of jointly used parts of the property or building, ask your neighbour: he or she must agree to the surveillance.

Due to the above-mentioned properties, wild cameras are perfectly suited to guarding burglary weak points on the house, such as patio doors, entrance areas, cellar doors and windows. In addition, the housing of a wildlife camera usually has a camouflage look and the wildlife cameras are small anyway, so they do not attract attention. They are rather unsuitable for covering the entire property, as they are triggered even if the neighbour's cat sneaks past.

As a general rule, please remember: Wildlife cameras provide photo evidence of third-party trespassing, they do not set off an alarm. But neither do normal surveillance cameras. The main benefit is that the pictures taken of burglars help to track down - and thus convict - the perpetrators. 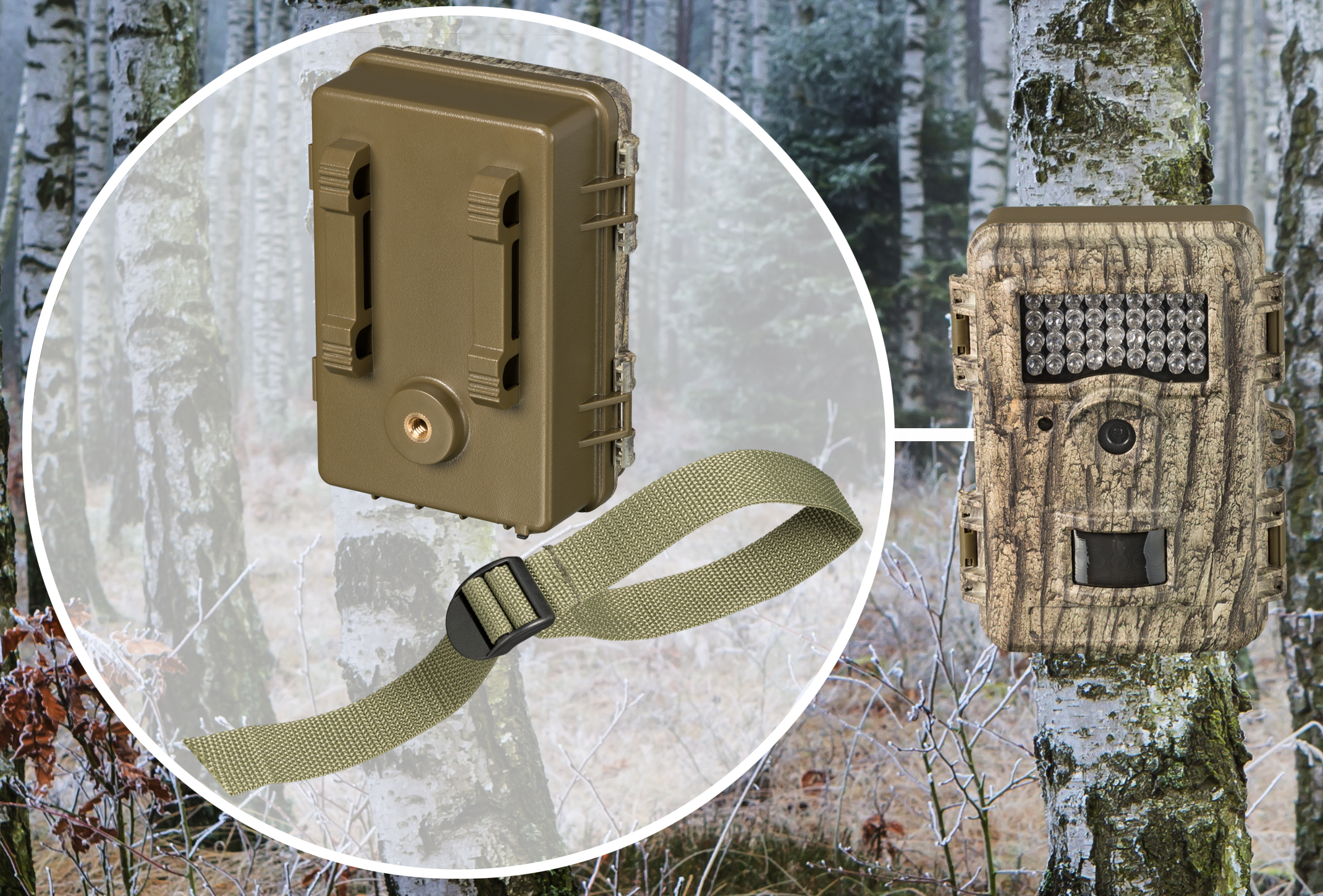