Three missions to start in July 2020 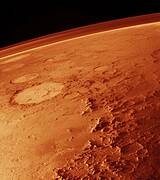 Mars: a place of longing for astronomers, researchers, astronauts and science fiction fans and this summer the destination of three space agencies. NASA as well as China and the United Arab Emirates (UAE) want to launch their own Mars mission.

On Thursday, 30 July, the American space agency NASA plans to set off on this year's mission to our red neighbour planet at 4:50 a.m. (local time) - 1:50 p.m. German time. The plan is to send a rover to Mars. The robot, which resembles a broad small car, has the sonorous name "Perseverance" and is to study the geology of the Martian soil. It will be accompanied - for the first time ever on a Mars mission - by a mini helicopter called 'Ingenuity'. NASA wants to use it to test its suitability for flying on Mars. In contrast to earlier Mars missions, research will no longer be limited to habitability, but will look for signs of (earlier) microbial life. In addition, a series of tests will be carried out to find out how underground water can be obtained on Mars and how oxygen can be extracted from the Martian atmosphere, which is very rich in carbon dioxide.

The UAE also wants to start its own mission to Mars. It is also the first Arab space mission ever. The launch is scheduled for between 20 and 22 July 2020 - the exact date will be announced. The spacecraft, named Al-Amal ("Hope"), will study the atmosphere of Mars and collect data from its upper and lower layers. The aim is to observe Mars' climate and weather over a complete year, day and night.

With China, there is another nation that wants to send its own probe on a journey to Mars between 20 and 25 July. "Tianwen" (Questions to the Sky), as the probe is called, is to land in the Martian lowlands Utopia Planitia and investigate an area measuring 100 x 400 kilometres. In addition to cartography of the landing environment, Tianwen will also carry out investigations of the Martian atmosphere and geological analyses as well as studying the local weather.

The weather has a great influence on whether the starts can take place. Both NASA and the United Arab Emirates have already had to postpone their launches twice in July due to bad weather conditions - for both it is already the third launch attempt this month.

Our entire Bresser team wishes all missions and all those involved in them every success and promising research results.


The timing is crucial for the duration of the journey

Mars and Earth are as close as between 17 July and 5 August only about every two years. The distance between the two planets depends on their positions on their respective orbits - so they are sometimes closer and sometimes further apart. The short travel distance this summer of around 55 million kilometres thus has a positive effect on travel time and energy costs. Nevertheless, the journey will take about seven months: the two space probes are scheduled to reach Mars in February 2021.

Because of its proximity to Earth, a telescope can be used to detect surface features and weather phenomena of our outer neighboring planet. Mars rises around midnight in the east and at dawn it shines brightly in unmistakable orange-red in the southeast. 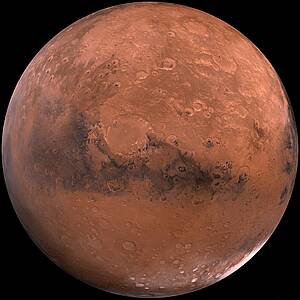