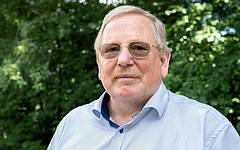 We are especially pleased to hear this news: the newly awarded Nobel Prize winner in Physics Dr. Reinhard Genzel has agreed to sign the Messier AR-90 90/900 tubes provided by us for the organisation Sterren Schitteren Voor Iedereen (www.ssvi.be). 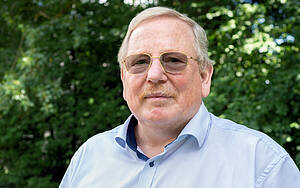 Reinhard Genzel is Director at the Max Planck Institute for Extraterrestrial Physics in Garching. A few days ago, he received the Nobel Prize for Physics 2020 together with Roger Penrose and Andrea Ghez. Together with the US astronomer Ghez, the astrophysicist discovered the black hole Sagittarius A* at the centre of the Milky Way. Reinhard Genzel has now been awarded the Nobel Prize for Physics for his observations and research around the black hole. At this point we send our warmest congratulations to Garching.

Together with his group of scientists, Reinhard Genzel has been researching the heart of our Milky Way for many years, some 26,000 light years away, and has achieved many groundbreaking results. On the website of the Max Planck Society you can find out more about the physicist's research.

Dr Genzel will now be the sixth Nobel Prize winner whose signature will in future be on the tubes we provide. Already 26 selected personalities from science and astronomy, including astronaut Alexander Gerst, have signed on our telescopes. The SSVI organisation supports young people worldwide who, for various reasons, have no opportunity to admire the sky with a telescope. We have already provided more than 130 telescopes to the project - they have already been distributed to over 32 countries, including Mozambique, Senegal, Nigeria, Pakistan, Sao Tome, Indonesia and Nepal. You can find out more about the Belgian organisation SSVI at www.ssvi.be 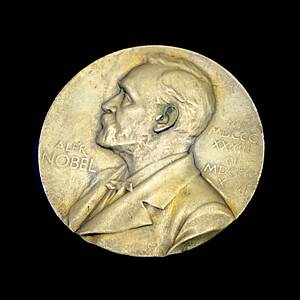