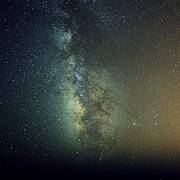 The warm July nights offer little time to observe planets, stars, the Milky Way and other celestial phenomena: This month's dark night lasts only two to three hours. Only around midnight is it dark enough, and already between two and three o'clock the dawn sets in again. 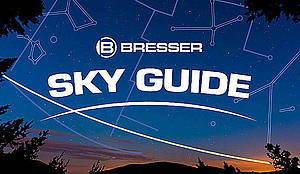 Learn in our Sky Guide for July 2020 which stars and planets you can observe during this time. The highlights can already be found here - and we are allowed to reveal this much: A small spectacle in the night sky awaits you in July.

With a bit of luck you might discover noctilucent clouds at dusk from about half past ten at horizon height looking north. However, this phenomenon is rare and can only be observed in summer: Very high clouds (at an altitude of about 80 kilometres) are illuminated for a short time by the setting sun, which is already below the horizon, and are bathed in silvery blue shimmer. By the way, it is not the clouds themselves that shine, but ice crystals that reflect the light. 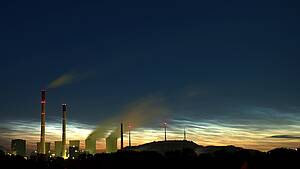 Summer triangle at the zenith

During the short, moonless nights of July, the Milky Way shows itself from its perhaps most beautiful side: The galactic center of our star system with the densest collection of stars rises almost vertically from the southern sky. You should have a particularly good chance around 20 July: ...when the moon is new and dark enough to see the delicate band of stars. 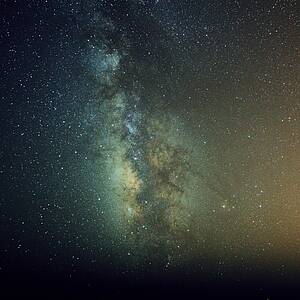 To the left of the summer milky way you can discover two bright lights: The planets Jupiter and Saturn. Now in July the two giant planets shine particularly brightly in the constellation Sagittarius. Speaking of Sagittarius: With a telescope, three beautiful deep sky objects can be detected in Sagittarius: the Lagoon Nebula, the Trifid Nebula and the Omega Nebula.

Incidentally, it is now particularly worthwhile looking through a telescope at Saturn: the ring plane currently appears particularly wide and is clearly visible even at 22x magnification.