For all creative people

Easy entry into the world of 3D printing with BRESSER 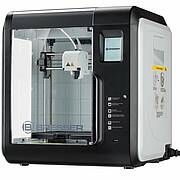 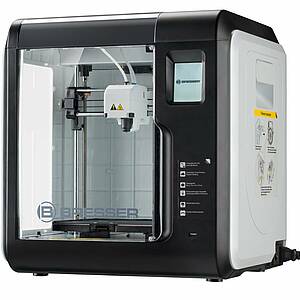 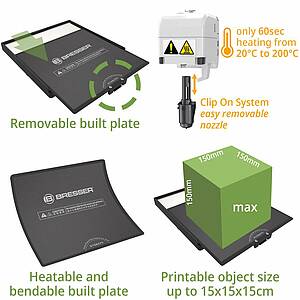 In medicine, prototypes, prostheses and implants have long been manufactured using 3D printers. In the automotive industry, 3D printers are used to produce car parts as a matter of course (BMW alone already has more than one million 3D-printed components), and it is hard to imagine the industry without the production of samples, casting moulds or tools using 3D printers.

In the meantime, 3D printing technology has progressed so far that printers have become affordable for domestic use. Any one of us can make any everyday objects from plastic ourselves: Your own watering can, cable ties, door stopper, shelf or laptop table: there are almost no limits for creative people and hobbyists - also thanks to corresponding templates from the Internet.

What is important when buying a 3D printer and which 3D printers are suitable for beginners in home use?

The stereolithography process (SLA) uses light-sensitive, liquid synthetic resin, which is exposed and cured layer by layer by a UV laser. The application requires some experience in 3D printing. The plastic printing technique "Fused Deposition Modeling" (FDM) is the more common of the two and suitable for beginners in the 3D printing world. FDM, also called fused deposition, builds objects layer by layer from a fusible plastic. The plastic is fed as a ribbon (filament) and melted by a heated nozzle in the print head. This 3D printing technique is cheaper and more user-friendly than the stereolithography method and is also used in our BRESSER REX WLAN 3D printer.

The REX WLAN 3D Printer is a plug and play FDM printer combining hardware and software. So you get a completely pre-assembled 3D printer and can immediately print figures and objects with a size of up to 15 x 15 x 15 cm. The printer is operated via a convenient touch screen. Three viewing windows allow you to watch 3D printing as it takes place on the print platform. Alternatively, you can watch the print via an integrated camera, which can be activated and used via an APP. In addition, the printer can be connected not only via WLAN, but also via the cloud function or via USB connection with end devices and is perfectly suited for PCs, tablets and smartphones.

Our REX WLAN 3D-printer is delivered with 300 g each of black and white PLA filament and a spare nozzle. An integrated HEPA filter ensures clean air in the 3D printer environment by filtering harmful particles from the air.

By the way: Unlike the SLA process, where support structures and resin residues have to be removed and the resin has to be cleaned, with the BRESSER 3D printer you hardly have to rework your figures and objects. If you wish, you can paint your objects afterwards. 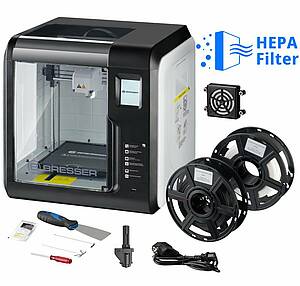 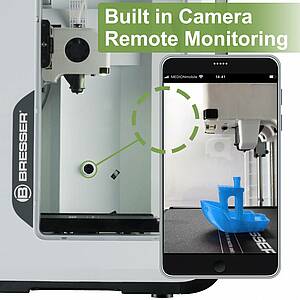