The highlights on dark November nights 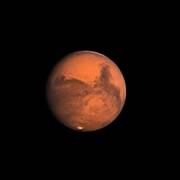 November is not without reason known as the darkest month of the year: Now, at the beginning of the month, it is not even ten hours of light - and the length of the day continues to shrink dramatically: at the end of November it is just over eight and a half hours of light. The good thing is that there is now really enough time for (hobby) astronomers to observe their stars: At about half past six in the evening at the beginning of the month it is already dark enough to look extensively at the sparkling sea of stars above our heads.


The best thing is to take a look at our Sky Guide for November 2020 - as always, the highlights are summarised here for you:

Almost all constellations of the zodiac will pass you by during the long nights: Shortly after sunset, Sagittarius is already deep in the west, followed by Capricorn with its double stars and Aquarius. Around ten o'clock you will find Pisces high in the south, next to it Aries. Particularly worth seeing in the southern fish: formal skin. The giant star is one of the 20 brightest stars in the sky. A little further east at this time are Taurus (with the Pleiades) and Gemini. From about one o'clock on, the winter hexagon dominates the entire eastern sky and Orion, the sky hunter, with its prominent belt stars announces the approaching winter. In the second half of the night, Crab and Leo appear in the east - and even Virgo (actually another spring constellation) manages to peer over the eastern horizon just before dawn.


In November nobody can get past Mars: our red neighbouring planet accompanies us almost all night long. You can also make out the pair of Jupiter and Saturn in the evening and Venus with Mercury in the morning. Immediately after sunset, the duo of Jupiter and Saturn is already visible. The two bright gas giants, standing close together, cannot be overlooked as a pair of bright lights in the early evening. The right, larger planet is Jupiter, to the left is the ringed planet Saturn. At about the same time, high in the south, Mars enters the stage. Even after its opposition in October, it is still relatively large and about as bright as Jupiter. Mars can be seen in the sky all night at the beginning of the month, at the end of the month until about half past two in the morning.


Shortly before dawn at half past five in the morning - at the beginning of November a little earlier, around four o'clock - a Venus, which outshines everything, takes the leading role in the night sky. With an apparent brightness of -4 mag it is extremely striking. And she gets a visitor: already at the end of this week, from 5 / 6 November, she will be accompanied by Mercury, the closest planet in our solar system, for a good two weeks. Around 10 November it will reach its best visibility - you will find it on the left under Venus from six o'clock on. This is a rare, short guest appearance, as Venus' companion is slowly saying goodbye again around 22 November.

Our tip: Make a note of 13 November. Then the narrow crescent of the waning moon is exactly between Mercury and Venus.


Romantics can expect a small firework display in November: three streams of shooting stars are active throughout the month. Now at the beginning, when the last Orionids and the first Taurids send their meteor showers, the bright moonlight still clouds the observation. But from November 10th on it gets better: Then the narrow crescent does not rise until after midnight and you have the whole first half of the night for wishing wishes when the taurids flit. You can expect about 5 shooting stars per hour - in some years even 20 were counted. That alone would not be extraordinary. The speciality of the Taurids are rather the big, very worth seeing and bright shooting stars, called bolides, which the Taurids send sporadically.

But the shooting stars highlight are the Leonids, which at the end of the nineties and around the turn of the millennium produced up to thousands of tiny shooting stars per hour. Besides the Perseids in August, the Leonids are perhaps the most beautiful shower of the year. Although no special Leonid fireworks are predicted this year, you can still expect at least 10 to 20 snuffs per hour. By the way, the maximum is on 17 November.

And now: Off to the stars - as always, you will find your detailed ;itinerary in our Sky Guide.